Weather has mostly been either wet or cold or both and progress has been slowed, but I’m still plugging along.  Electrical is ongoing, but I’ve done a few other projects as well.

I wanted to use the knobs from the Hehr lifters to replace the black plastic knobs for cranking up the Fantastic Vents.  I cut the centers out of the plastic knobs and glued them into the old Hehr knobs and added a screw to attach to the shaft. 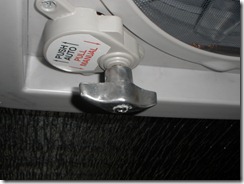 On the electrical side, I’ve been running wires.  I’m using marine wire, tinned and stranded, both for the 110 volt and 12 volt systems.  I’ll be mostly on the 12 volt side and using LED lighting for everything.  These puck lights from VTS will be in a row on the overhead. 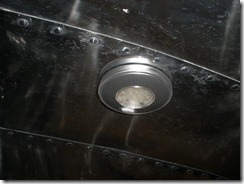 Added an external 110 volt plug on the outside and converted the original socket to 12 volt, mostly with the idea that I could hang an LED light under the awning at times. 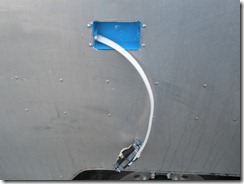 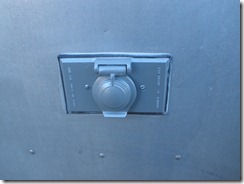 I’ve used 10 gauge wire to run from the feed studs for the solar panels and covered the connection with boots. 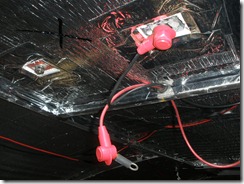 I’m using panels from Blue Sea Systems for both AC and DC systems.  The 12 volt is on the way and this is the 110 volt version. 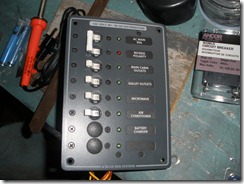 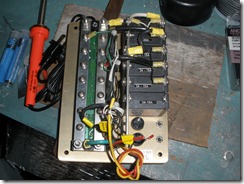