is the term for a sailor moving ashore.  We’ve now swallowed ours after almost 23 years aboard our little 31’ cutter.  We’re three weeks into life on Island Girl, our new yacht.  Three hectic weeks, especially for Brissy the cat and me, but thankfully Pam has made an easy transition.  It is a necessary change for us, but it is a big one.

The boat will soon be for sale, but I am so lucky that we were able to do so much more with her than we ever dreamed.  Pam was able to experience all of a sailing voyage around the world and I have my memories of it. 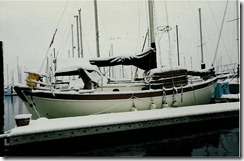 First winter aboard in 1988.  Nothing worked.  We knew nothing. 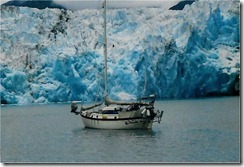 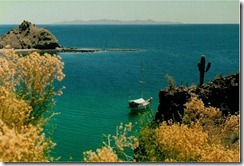 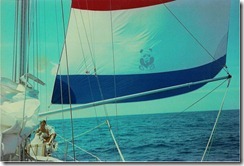 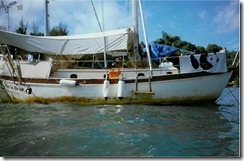 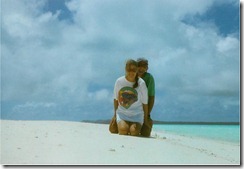 Paradise on Aitutaki in the Cook Islands, 1998. 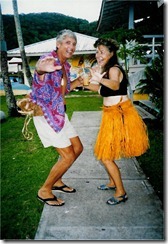 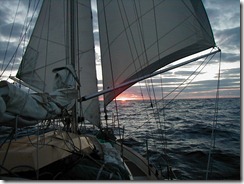 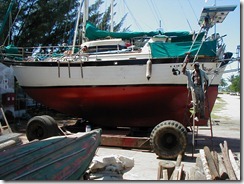 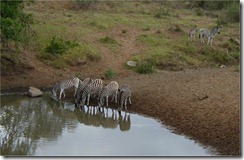 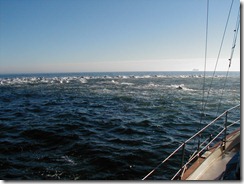 Thousands of dolphins passing by us in a feeding frenzy as we near Cape Town, 2003. 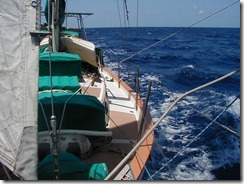 The best sailing in the world, South Atlantic, 2003. 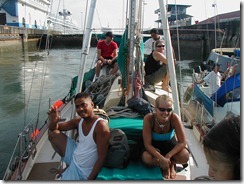 The crew that helped us through the Panama Canal, 2004. 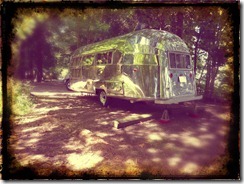 And the new home is going to be just fine.