I still hate plumbing, but it's almost over. Fill lines for the two tanks and the sink drain remain to be done with the water. The pics show the layout in the galley with a few ball valves instead of check valves. 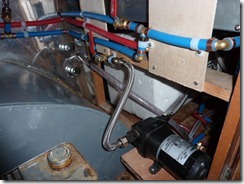 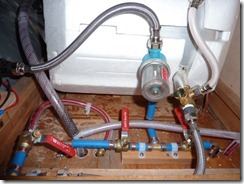 The low point is right at the water heater and using the heater bypass, I'm able to get away with a single drain line for the system. 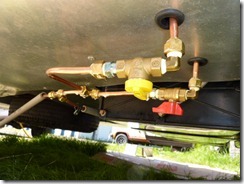 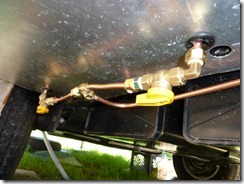 Double flares have been keeping me busy for a week or so. I've been lying under the trailer on rain and mud soaked cardboard surrounded by the state animal of western Washington, the slug. I put in shutoff valves for each of the four gas appliances. The propane system is all hooked up now, but the tubing still needs to be secured to the frame. I'd never done the double flares before, so it was scary turning the gas on this afternoon after the last connection was made. Had a couple of joints that needed another pull on the wrench and one just plain crummy flare that evaded my quality control and had to be replaced. 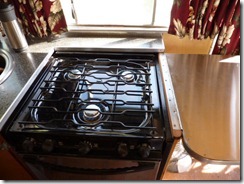 Even though we've had temporary gas lines run for the heater for 2 years, it was still pretty cool to fire up the stove for the first time. 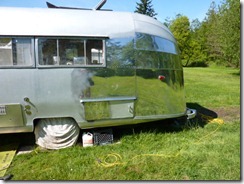 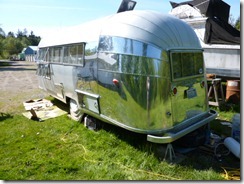 And, despite the rain, polishing has begun. Weather looks good for the next few days, so I'm planning on getting some more compounding done.

The curtain sewing project has given me the sewing bug.  I’m going to try to sew my own awning and window shades and bought an old Pfaff 130 sewing machine on eBay for the task.  It is a year older than me and six older than the trailer.  Unfortunately, it wasn’t well packed and arrived with the base for the case pretty well destroyed. 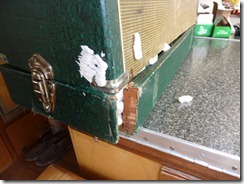 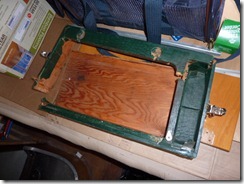 I took it completely apart and repaired it with epoxy and fiberglass, so it’s back in pretty good shape now. 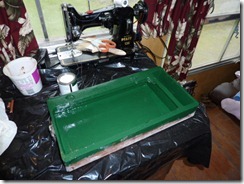 The machine came through it fine and should be able to handle any awning work I throw at it.  My own capabilities are limited to throw pillows right now, but at least an awning is on the horizon.